How to Secure an OpenShift multi cluster infrastructure with RHACM

How to Secure an OpenShift multi cluster infrastructure with RHACM

It’s obvious that the more OpenShift clusters you have, the harder it’s going to be to secure them. Without a dedicated platform to manage these clusters, you’ll need to provide special attention to each one of your clusters in order to validate them, and make sure that they did not drift from the organization’s security guidelines and regulations.

Managing OpenShift clusters separately without any management tool is just wrong and could cause breaches easily — both in a management and security perspective. Let’s take the next scenario to understand why.

Let’s say ‘company A’ decided to deploy multiple OpenShift clusters in different sites to mitigate the latency for its customers. All of the clusters run the same application, and are managed by the organization’s administration team.

What are the risks of this setup?

All of these points focus on one idea — alignment. It has been proven that an unaligned environment is an unsecure environment. If the environment is unaligned, it means that there are holes in certain parts of it. Even if the hall is small, an attacker will be more than happy to use it to gain access to your organization.

So far, we have discussed the security issues that come with a large multi-cluster environment. This section of the article will discuss the solution — RHACM.

As discussed in my previous article (link attached below paragraph), RHACM is a tool that sheds light over multi-cluster OpenShift deployments. It provides advanced management and visibility capabilities over groups of clusters and the applications deployed on top of them.

How to Manage Multiple OpenShift Clusters with RHACM — Hybrid Cloud

Hybrid cloud is an IT architecture that incorporates some degree of workload portability, orchestration, and management…

Alongside the great management capabilities RHACM provides, it allows the administrators in the organization to maintain and promote security capabilities in the environment using RHACM’s ‘Governance Risk and Compliance’ feature.

In order to regulate the large multi-cluster environment, RHACM brings an important tool to the table — Governance Risk and Compliance (GRC). GRC allows RHACM to monitor certain resources on RHACM’s managed clusters, and based on the resource status, it decides whether the clusters fits the security standards declared by security team — or not. Eventually, if a managed cluster violates a security standard, RHACM will be informed, and an alert will be sent to RHACM’s dashboard.

Now that we’ve gone through the basics of GRC, lets understand how RHACM GRC works under the hood —

Now that we know how Policies work in RHACM and we have gone through the basics, let’s take a look around how can we integrate the GRC Policies in such a way, that will benefit an environment’s security.

In the next demo, we are going to take a preexisting environment, and we are going to further secure it using the RHACM GRC mechanism. The idea of the demo is to show how can we secure both the Platform side of OpenShift, and the Application that runs on top of the cluster. The environment will contain -

1 HUB Cluster — In the demo, we are going to use a cluster that will act as an RHACM HUB. The HUB will be used to import and manage other OpenShift clusters.

1 Managed Cluster — For this demo I’m going to manage only one cluster. Please note that even though I’ll conduct this demo on one cluster, it’s important to know that this demo could have been performed on a large scale multi-cluster OpenShift environment.

1 Application — In the demo, we are going to use one application that is going to run on top of the managed cluster. The application will have one DeploymentConfig resource, and one Secret resource.

In the first part of the demo, we will focus on the security of the OpenShift platform itself. We are going to create a Role policy and a RoleBinding policy in order to maintain an RBAC strategy in our clusters.

In order to demonstrate RBAC policies, I’m going to create a user, named user1. We will allow user1 to only perform rollouts to the DeploymentConfig resource in our application that runs on the managed cluster demo-openshift-cluster.

Let’s go through the resources I’ll need to create on the HUB cluster in order to make this happen.

All of the resources mentioned above need to be applied in order for GRC to be able to monitor the RBAC Policies.

The files can be found at the next GitLab repository —

Let’s preform some tests on the managed cluster —

Now, let’s check the RHACM dashboard after applying the resources mentioned above! From the main dashboard navigate to Governance Risk & Compliance —

Now that we’ve seen that the policies are present, let’s take a look again at the resources that user1 has access to —

After editing the policy yaml file, I’ll apply the changes in the HUB cluster —

We can see that a violation has been triggered in the Policy which is responsible for the role that has been modified in the previous step. A security personnel will now be able to check the violation out, and take the necessary steps to remediate it.

Different organization might implement Policies differently, but as can be seen from both examples, both enforce and inform bring added value to an administrator that wants to align RBAC in an environment.

So far we have talked about how can we secure the OpenShift platform on the managed clusters. In this section I’ll go through a demo that enables security on the application level. The demo will show how can we make applications that run on clusters that are managed by RHACM more secure.

The demo will show how can we scan the images of the deployed applications and send the security report back to RHACM for evaluation. If there are any security vulnerabilities in the image, RHACM will trigger a violation and let the security administrator know that an application causes a security risk in the environment.

The resources that I’ll need to create in this case are a Policy, and a PlacementBinding (Since I’ve created the Namespace and PlacementRule resources in the previous part, I won’t be creating them again) —

The resources mentioned above need to be applied in order for GRC to be able to monitor the RBAC Policies.

As soon as the resources are deployed, the managed cluster starts to work. It installs the container-security-operator and goes through the projects to monitor their images. In this blog we will focus on scanning the mariadb application that I have pre-configured.

After deploying the resources, if I navigate from the main ACM dashboard to Governance Risk & Compliance, I’ll immediately see that there is a violation for the policy-imagemanifestvuln policy.

If I click on demo-openshift-cluster under Decisions, I’ll be able to see that the namespace mariadb is violating the image scanning policy.

Let’s log into the Managed Cluster OpenShift web console. Immediately after logging in as an admin user, we will notice the small square in the dashboard which says Quay Image Security.

If you click on Quay Image Security, it will mention the namespaces that Clair has found vulnerabilities in. In our case, one of them will be the mariadb namespace. Let’s navigate to the mariadb reference.

We can see the reference to the Image Manifest Vulnerabilities that RHACM monitors. The page shows us the image name, the namespace, and number of fixable vulnerabilities. Lets click on the Manifest link to find more information —

The link will redirect you to Clair’s full scan report on quay.io. Here you will be able to see the CVEs behind the vulnerabilities, and whether there is a fix for them.

It’s important to remember that we manage just one cluster in these demos. Just imagine the effect of image scanning in a multi-cluster environment — using RHACM to monitor images in a fleet of OpenShift clusters. It basically means that we are taking the DevSecOps methodology, and we’re powering it up to work in a multi-cluster & multi-site formation — A total game changer in my opinion for security at scale.

I had a really fun time exploring the capabilities of RHACM, and how can we translate them into a security perspective. RHACM is one of the first tools that really takes the multi-cluster management idea into practice.

In my opinion using RHACM will probably be a must soon in most organizations, more and more environments scale into multi OpenShift and K8S clusters. Without proper management tools it’s going to be very hard for these organizations to suffice.

A major consideration that comes with a large amount of clusters is alignment. When we do not take alignment into consideration, we end up with a messy environment which is the perfect treat for an attacker that wants to hurt your organization.

RHACM has much more to offer than discussed in this article. And if you haven’t already, make sure to check it out. RHACM is, and will be a huge game changer both in the world of management and security. It is customizable, easy to navigate, and provides a lot of added value from day 1.

Thanks for reading the article, feel free to add comments and ask questions, I’m always available!

I’ll see you next time!

Cloud Computing
Week at a Glance - Cloud Computing #83
We will share the summary of the Week with the news of the cloud in the world!

MarkeTech
Cloud Computing
Using Nexus OSS repository in an isolated environment
In our workplace, like in many other big firms, government offices, and banks, the internal network is isolated from the outside world. Nothing goes out and nothing goes in. But, how can you conveniently work with open source libraries if you cannot use maven or npm (and other repositories) to fetch needed libraries?

Dan Erez
Cloud Computing
Week at a Glance - Cloud Computing #82
We will share the summary of the Week with the news of the cloud in the world!

MarkeTech
Cloud Computing
Deployment diagrams for the cloud-native age
Deployment is everything that happens between writing software and actually using that software by its intended users. And as we get more software and more users, deployment becomes more complex. 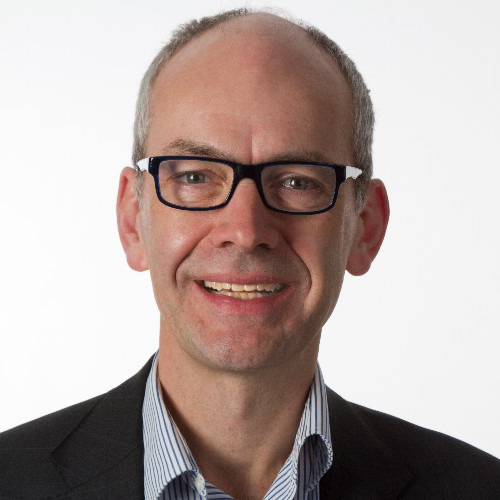 Peter HJ van Eijk
Cloud Computing
Week at a Glance - Cloud Computing #81
We will share the summary of the Week with the news of the cloud in the world!

MarkeTech
Cloud Computing
Introduction - Moving to Cloud, but with a real Strategy — part 2
This article provides a crash-course on what a good strategy and vision should contain. In the upcoming parts, we will dive into all of those topics in more depth.Sneak Peek - next article — Overarching IT Architecture & Roadmap Design

David Das Neves
Cloud Computing
Week at a Glance - Cloud Computing #80
We will share the summary of the Week with the news of the cloud in the world!

MarkeTech
Cloud Computing
How to Manage Multiple OpenShift Clusters with RHACM — Hybrid Cloud
Hybrid cloud is a term that I hear more and more over the days. Sometimes people use it as a buzz-word to attract customers or to sound cool, and sometimes people actually implement abstract workload on multiple environments, turning their platforms into hybrid ecosystems. Either way, it seems like going for a hybrid environment is a fundamental decision these days.